Poiesz Supermarkten in Sneek (Netherlands) rolled out voice picking solution, ZetesMedea to its 70 shops. The result: 15% higher production, lower risk of errors, and a short familiarisation time for new employees.

Poiesz is a family-owned business that started out as a small grocery shop 95 years ago and has evolved into a supermarket chain with 70 branches in the northern part of the Netherlands. All shop orders are filled with voice picking at the central distribution centre in Sneek. Two years ago, Poiesz switched to an untrained voice picking system. “Along with boosting order picking speed and reducing the risk of errors, we wanted to increase our flexibility and shorten the familiarisation time with an untrained voice system”, says Johan op den Dries, Application Manager at Poiesz. Additional key functional requirements for the new solution were standard software without customisation, good recognition of spoken orders, integration with Poiesz's existing WISE WMS, reliable hardware, and a short response time between the software and the users. 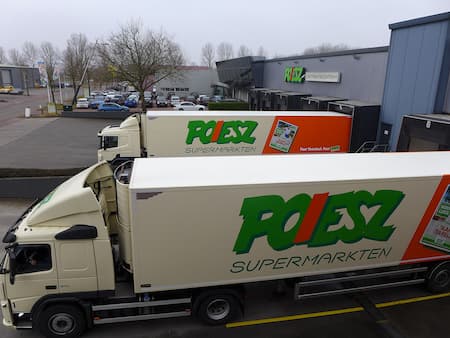 User experiences and ease of use

After a market survey and an initial selection round, Poiesz drew up a shortlist of four potential suppliers. They were then compared in detail, including reference visits to existing customers of the suppliers concerned. “For us, these user experiences and ease of use were the decisive factors for choosing Zetes”, comments Op den Dries. All members of the project team were totally keen on them. Then we got together with Zetes to analyse our order picking process for potential improvements, including the necessary WMS integration, and started selecting the new hardware. 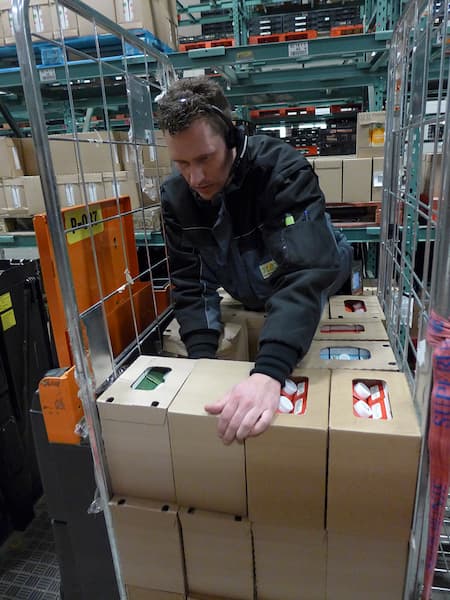 At Poiesz, all items ordered for the shops are picked using the semi-batch method with one or two pallets. The business logic in the WMS takes into account both optimal routing through the distribution centre and building the pallet load structure. “We always pick heavy items first, such as crates with beverages, so they end up on the bottom. That optimises the pallet loading”, explains Op den Dries. “We want to avoid making our pallet loads too heavy for our drivers and the branches. Then we add lighter items to the pallets to utilise the maximum available fill level of the pallets. To make the best use of the business logic in our existing WMS and optimise the response time, ZetesMedea Voice is integrated directly with the WMS instead of via an intermediate layer.”

On average, approximately 480,000 packages per week are filled by about 65simultaneously logged-in order pickers working with Zebra WT41N0 terminals and HS2100 headsets. “After the rollout of ZetesMedea Voice, order picking speed increased by about 15%”, says Op den Dries. “What's more, the rate of order picking errors is now less than 0.3%, while the rate of incorrect recognition by the software is below 2%.” During the rollout it turned out that the chosen hardware presented several challenges in terms of using it properly for order picking. However, Poiesz has always trusted Zetes to find a good solution, which in the end they succeeded in doing. 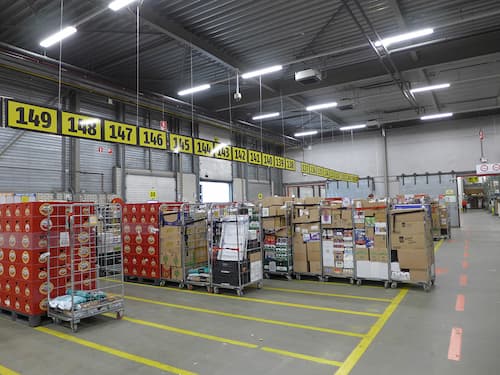 “Since the rollout of ZetesMedea Voice, our order picking speed has risen by about 15%.” Johan op den Dries, Application Manager at Poiesz

The supermarket world is a highly competitive environment where the players are constantly looking for ways to optimise internal and external processes. Poiesz collaborates with all of its suppliers for that purpose. “Our in-house reports with data from the WMS and ZetesMedea Voice give us more insight into the processing of all orders, enabling us to coach our employees more effectively to help them improve their production”, says Op den Dries. “In the future, Poiesz will continue monitoring the order picking process and further optimise it where necessary.”