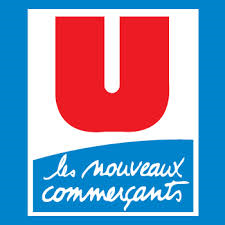 In 2004, French retailer Système U surfaced as an early voice champion by introducing voice picking on a huge scale in its warehouses. Then, in 2010, the southern region alliance of this group of independent traders developed its use of voice solutions even further at two locations in Vendargues and Agen. Today Système U is optimising warehouse processes with voice in both dedicated mode and multi-modally, using Zetes' 3iV solution set with Motorola’s VOW (Voice Only Wearable) and WT4090 terminals. Philippe Mery, Head of Merchandise Traffic and Charles Chelayfa, Head of IT Production, explains the benefits of voice-directed systems. You can see the See the voice system in action.

Why did you go for voice picking in your warehouses?

Philippe Mery: We wanted to improve the quality of order preparation and raise productivity at the same time. Système U Sud has always adopted an innovative approach to optimising working processes and was open to the idea of new technologies.

How soon did you get the results you were expecting?

Philippe Mery: We saw results in the 3rd month, both in terms of quality – with a noticeable reduction in the number of errors - and productivity. In particular, we saved time by cutting back administrative tasks that would interrupt core tasks. Also, the pickers’ enthusiasm and real desire to progress with the new system greatly contributed to the overall increase in productivity.

What were the reasons behind further developing your voice system?

Charles Chelayfa: We wanted to standardise our fleet of equipment which needed a flexible solution.  This is why we opted for 3iV Crystal, because it offers great freedom of choice regarding both terminals and applications.  We selected the Motorola WT4090 hardware because it supports multi-modal working – so pickers could switch between voice directed and non-vocal tasks. Specifically for voice dedicated tasks, we opted for a ‘light’ version of the WT4090, a voice only wearable (VOW), which is economical and yet robust. Système U-SUD were the first to implement the WT4090 VOW in France.

What added benefit does multi-modal working bring to your processes?

Philippe Mery:  Warehouse operations vary a lot during the year depending on the period and individual store requirements.  This means we have to adapt and ensure staff focus the right activity, whether it’s reception, ventilation, preparation or stock-taking. Both our staff and the technology they use daily need to be versatile.  Multi-modal devices are perfect because we re-use the same terminals for different applications.

“Both our staff and the technology they use daily need to be versatile.”

What type of voice recognition system are you using? Have there been developments here too?

Charles Chelayfa: The new terminals are used with Zetes’ untrained voice solution. This has the advantage of not needing the user’s voice profile to be pre-recorded beforehand, giving us more workforce flexibility during peak periods. Because of seasonal variations, many pickers are temporary employees who can be fully productive immediately because we don’t need to register their voices with the new system. We save a lot of time on training this way.

At the start of 2011, Système U Sud started using the voice system in its deep-freeze warehouses at Vendargues and Agen. Equipped with VOW terminals, 48 operators prepare orders at -28°C. In addition, 100 VOW terminals, also operating with Zetes’ untrained system, are currently being deployed in the new Avignon warehouse, run as a trade alliance between “Le Mistral” and Système U Sud.